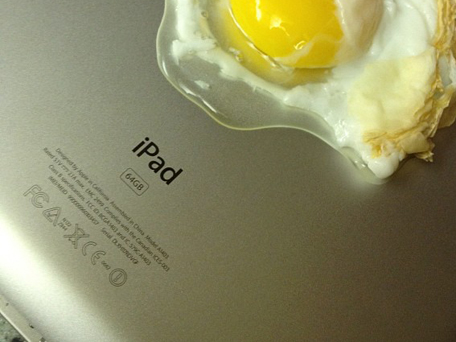 A problem that seems to have plagued the Apple iPad is overheating and it doesn’t seem to be a problem that is going to go away any time soon.

Enter “iPad overheating” into a search engine and page after page of support sites, forums and blog posts will appear, going back for years. Many iPad owners found the overheating to be focused around the area at the bottom left of the device, particularly at the back and commonly when playing graphics intensive games. It has been a hot topic (no pun intended) for such a long time so we thought we would take a look at what might be causing some of these overheating problems.

Some researchers are blaming the fact that the later model iPad has a new battery, this one is larger than those found in previous models and is necessary simply because the device does more than previous models and is also faster than them. Strangely enough some people have discovered that after draining their iPad battery completely and then fully recharging it the overheating problem seemed to disappear, nobody seems to know the reason why this should have happened. The larger graphics chip fitted in later models has also been blamed by some. The odd thing is that, although it makes good sense that a larger battery and graphics chip would generate more heat, the same problem was occurring in the earlier iPad models that didn’t have these fitted.

The Apple support page states “Operate iOS devices where the temperature is between 0° and 35° C (32° to 95° F). Low- or high-temperature conditions might temporarily shorten battery life or cause the device to alter its behavior to regulate its temperature.” Apple also recommends that the iPad should be stored at a temperature between -20° and 45° C (- 4° and 113° F).

Never leave your iPad in a vehicle on a hot day, temperatures inside a parked car can soar

If your iPad overheats you will see a warning display on screen telling you that “iPad needs to cool down before you can use it.” You should remove it from charge or take it indoors away from the heat of the day and direct sunlight, turn it off and allow it to cool down completely. Switch it back on only when it has completely cooled down and the warning display should have disappeared. Your iPad should now work normally but if you have any concerns at all then you should contact Apple for advice, either by phone or online or you could pop into an Apple store if you have one near you.
Special Thanks Robert Scoble for providing the great image.