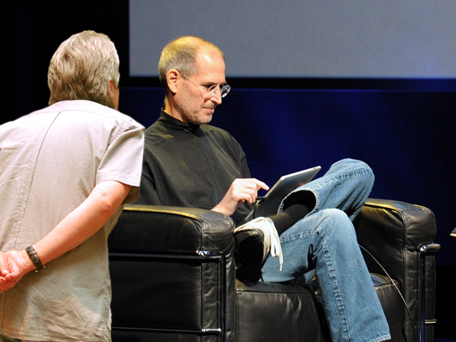 Have you ever been on a bus, train or flight and noticed someone is watching your iPad screen? This normally isn’t a problem as they only get to watch the best Angry Birds extraordinaire in action, but if you are working or checking your bank account this can be a real issue. You probably don’t want to say please stop looking at my spreadsheet and cause a fuss when the person most likely has no idea what the figures mean anyway so an iPad privacy screen protector may be the answer, it will completely block the view from prying eyes and remove the temptation for them to even glance. One thing you must keep in mind is that many privacy screen protectors limit you to using your iPad in a particular orientation due to the privacy filtering design. When compared to normal screen protectors privacy screen protectors are a little rarer as there isn’t the level of demand for them, but many of the major suppliers such as ZAGG, 3M, etc will also stock privacy versions of their screen protectors. The following is a roundup of some of the best privacy screen protectors on the market.

The 3M Privacy Screen Protector for the Apple iPad is a 2 way version that works well, as it is made by 3M you expect a quality product but as it only costs around $12 some of its flaws can be forgiven. As it is only a 2 way privacy filter it does not block the view from the top or bottom of the screen, there is still some privacy effect but not as much. This has allowed 3M to market a share mode that lets you show friends your iPad screen only when you want, this is done by changing the orientation of the iPad so they are effectively viewing from the top rather than the side, which allows them to see the content. As with a lot of privacy screen protectors you need to think which orientation you use the iPad the most, as both portrait and landscape versions are available. There are a few downsides, the plastic is thick and it is clear there is a screen protector in use, glare seems to be enhanced rather than reduced, often with sunlight turning your iPad into a mirror. If you don’t use your iPad in a position where you are looking directly at the screen the privacy does affect the vibrant colors, while the viewing angle is still quite wide so that someone sat close to you will still be able to view what you are doing, although with a darker display. This can cause some discomfort as you end up holding your iPad in unusual positions. The level of iPad display brightness affects the effectiveness; if you have your screen brightness on the highest setting people next to you can see even more. Some people have reported that it doesn’t fit their iPad correctly; we didn’t have the problem so it may have been a bad batch or 3M have fixed the problem.

The ZAGG Privacy Screen Protector is the most common version available, it costs $19.99 but can be found for as low as $7. When compared with the 3M the Zagg offers 4 way privacy filter, which means 360 degree privacy so it doesn’t matter if you are in landscape or portrait, the level of privacy is the same all the way around. The 4 way protection does make more sense than 2 way protection, although the sharing aspect 3M like so much is removed, this and less glare are unfortunately the only things the Zagg has over the 3M. As soon as you apply the Zagg, you will notice the display is significantly darker and, unless you are viewing from exactly the right angle, the screen clarity is also very poor. You expect this to improve over time as everything settles into place, however it doesn’t and will likely result in you removing it within the next few months. You will notice that while viewing from an angle the privacy aspect is just a darkened screen and blurred content rather than a blank screen, you can’t help but feel prying eyes could still work out what you are viewing with a little effort. As with the 3M the level of brightness also affects the Zagg, however as the screen is just darker from an angle, a high brightness can completely remove its privacy features.

As with most screen protectors application on both the 3M and the Zagg is a challenge that takes time, effort and luck, the screen responsiveness seems relatively unaffected and there is no dragging feeling under finger on either. Instructions for both are extremely limited, which is very common with screen protectors, but there are plenty of YouTube videos available that show exactly what you need to do and the most effective methods of avoiding dust, dirt and bubbles. Personally I would like to see an iPad Privacy Screen Protector that works in combination with an iPad case that floats above the iPad screen in an iVisor Crystal design. This would remove the problem of dust, dirt and bubbles and most of the time you don’t want a privacy filter on your iPad and the option to remove it would solve many of the viewing angle issues.