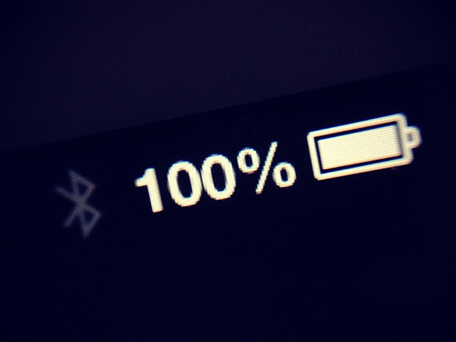 A very common complaint about mobile products is how long the battery lasts; everything that uses a battery has this annoying factor. Batteries are improving dramatically but the iPad, MacBook Pro, Samsung Galaxy or any electric car all need charging at some point. This is why it is particularly annoying when you receive an error when you plug in in your iPad after 8 hours of intensive use. The first time you see iPad Not Charging it hits you and you panic that your iPad will never be charged again. In reality the Not Charging error message just means the level of current the iPad is receiving is below the predefined minimum. Lots of people say this error message is an Apple scam that forces users to go out and buy new chargers but when you think about it objectively Apple include all the equipment with the device so how can it be a scam. The only thing that is a bit fishy is that the iPad may actually be charging.

Let’s start with what you should be doing to see if it works, connect your iPad with the Apple provided USB cable to the power adapter Apple supplied with the iPad. Check the cable is fully connected to the iPad and power adapter, it sounds obvious but surprisingly often a case is preventing a good connection. If it still show the “Not Charging” error check the lightning connector for lint with a tooth pick, the iPad has a habit of collecting all kinds of bits in its lightning connector which can block the connector. If this still doesn’t work try another genuine Apple USB cable, you must have one lying around somewhere or why not buy a spare – they only cost $19 and are very useful? Next try another power adapter, unfortunately this is where it gets a little technical as Apple supply several different power adapters. The Apple 12W USB Power Adapter for $19 should work with all lightning devices, however 5W and 10W versions are also available, check which version came with your device as the 5W power adapter is for the iPhone. If you are not sure which version is suitable the Apple charging guide should help. It could be a software issue and restarting the iPad may fix the problem, press and hold the power and home buttons at the same time; ignore the slide to switch off and continue holding until the iPad turns off. Once the iPad has fully turned off, turn it on again by holding the power button. If none of these fixes solved your iPad “Not Charging” error you will need to get a genius to investigate further as it may be an iPad hardware problem.

Hopefully one of these fixes will have solved your iPad Not Charging error so you should now be confident that your iPad is not the problem, but this may not have really solved your problem as you don’t want to always use the power adapter.

The iPad uses considerably more power than an iPhone or iPod and, as a result, needs some serious juice to charge it. If you are using a USB connection on a computer to charge your iPad there are a few things to bear in mind. Not all USB ports are equal, depending on the age of the computer the power output from the USB varies, generally on older machines it is 2.5W whereas on new machines it can be up to 5W. USB connectors on the back of the computer will normally be connected directly to the motherboard rather than via a cable and will supply the maximum power. If you are still getting the iPad Not Charging error, don’t worry it may still be charging but will take longer. Using the iPad or syncing the iPad will take longer or it may even not charge at all. Put the iPad in sleep mode or turn it off completely and the iPad will continue to charge, just at a slower speed. It is possible that you have been able to charge your iPad using USB in the past but it no longer works, this is likely due to the iOS 7 update which uses more power and as a result more power is required to charge the iPad while it is in use to offset the additional power usage. If your iPad is extremely low on power you may need to use a power adapter and the display may remain blank for 20 minutes, make sure you don’t let it get this low and you shouldn’t have a problem in the future.

If your iPad battery is dropping faster than normal it may not be related to the iPad Not Charging error, as a slower trickle charge is actually good for a battery. You may need to calibrate your battery, MacBlend have a simple article on how to do calibrate the battery on your iOS device. Apple also recommend that you fully discharge the iPad battery once a month and then fully recharge, this is because the electrons in your iPad lithium-based battery need to move to remain effective, as they are stored in sections within the battery the top 10% will move very often but the lower sections will rarely move, leaving your iPad plugged in will also reduce the lifespan of the battery for the same reason. One word of warning, draining the battery below the 5% warning can also reduce the lifespan of the battery.