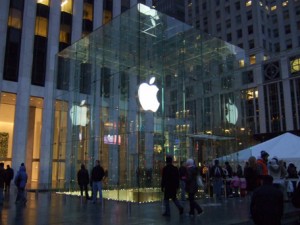 The iPhone 6, if it is to be called the iPhone 6 of course, is now widely expected to be released in September 2014 and it is said to be the most eagerly anticipated iPhone so far

A lack of any detail or any confirmation from Apple about the much awaited new iPhone has not made even the slightest dent in the vast amounts of rumor and speculation whizzing around the globe, this version of the Apple Smartphone is enormously important to Apple who are hoping to win back a share of the market from the competing Android based phones

Apple is keeping its cards close to its chest as always but the new iPhone is rumored to be larger than its predecessor, the iPhone 5s, and also thinner – this particular rumor is said to be boosted by reports that iPhone case makers in China are making cases that will not fit any of the current iPhone models, but would fit a larger and thinner version. Other rumors say that the new iPhone is to have curved edges, which would make it similar to the HTC One, that the screen display will measure 4.7 inches and that it will be made of Sapphire Glass, also that the screen resolution will be increased by approximately 400 pixels per screen inch to 1704 x 960 pixels, although there are other rumors that say the new iPhone will be released with nothing less than full HD display.  Many top analysts are predicting that there will actually be two iPhones released, the 4.7 inch model and a 5.5 inch version, the latter widely expected to be an iPhablet, some think both will launch in September whilst others say it will be a split launch, possibly in the months of June and September. It has been reported that Apple is already preventing employees from booking their holidays by blocking some dates during September, which is a clear sign that something significant is going to happen during that time

So will the new iPhone be called the iPhone 6, will it be released in September of this year or, as some rumors are suggesting, during the World Wide Developers Conference (WWDC) which begins on 2 June 2014? Whatever date this new iPhone is introduced to the world you can be certain of one thing, as with all previous Apple products, it is not going to be cheap!

Special Thanks James Cridland for providing the image.