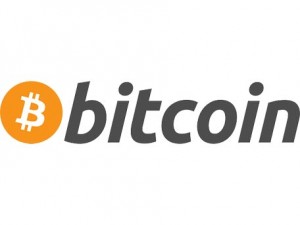 Apple has always previously denied any apps that promoted the use of virtual currencies, but having recently reviewed its App Store guidelines Apple has now decided upon a policy change and Coin Pocket has become the first virtual currency App allowed back into the App Store. Coin Pocket, the Bitcoin wallet app is now the first iOS app to allow users to send, receive and transfer virtual currency
Virtual currency, also known as virtual digital currency or even the rarely used cryptocurrency, is a form of currency not attached to any single country or bank, the currency units – Bitcoin being the most well known at the moment – can be purchased and kept in digital wallets then used to pay for purchases or given as gifts. Virtual currency has earned a rather shady reputation in the past, due to its use as a payments system by those operating in illegal activities but its reputation has been improving as currencies such as Bitcoin have been increasingly accepted in bars and restaurants around the world. Apple’s move to allow virtual currency apps in the App Store will be certain to give an enormous boost to their use
The launch of Coin Pocket should mean that we will be seeing more of the same Bitcoin type apps in the App Store soon, but only if their developers follow the strict guidelines set down by Apple of course. The developer of the amusingly similarly titled betting app Betcoin, Omri Cohen, said that his App Store app was an experiment to see what Apple would allow before its policy change. Since Coin Pocket’s approval another app called eGifter has recently received an update which means it can now accept Bitcoin as one of its forms of payment. Apple’s new guidelines for developers are that each app must comply with the national, state or local laws of the area in which they will be operating

These are all free apps that can currently be downloaded through the Apple App Store
Many Apple watchers feel that this could mean Apple is making plans to launch its own form of virtual currency, this could mean that those apps recently given the green light for the App Store could once again become non approved if Apple decides to only allow its own currency for payments.

As with all kinds of investment, the expert advice is that you should never invest more than you can afford to lose