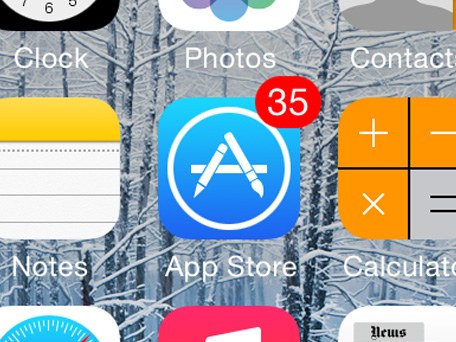 You may want to reconsider next time you feel that Apple’s App Store charges are a little too high, Apple has decided to increase the prices for many countries outside the US.
Apple made the decision back in December and revealed their plans for a price hike in a recent memo to software developers, the memo advises that “Within the next 36 hours, prices on the App Store will increase for all territories in the European Union as well as in Canada and Norway, decrease in Iceland, and change in Russia,” the memo continued “These changes are being made to account for adjustments in value-added tax (VAT) rates and foreign exchange rates. We will simultaneously update the Pricing Matrix in Rights and Pricing in My Apps on iTunes Connect. We will also update the iOS Paid Applications and Mac OS X Paid Applications agreements, which will be available in Agreements, Tax, and Banking.”
These price rises have already come into effect and it will be interesting to see how this will be received in the European Union, where App Store prices are already higher than those in the US. The latest price hike is down to a European Union directive, designed to close loopholes in the present rules for value added taxes applied to digital goods. Apple had previously been able to push these goods through Luxembourg, which has a 3 per cent rate of value added tax for digital goods, but the new European Directive means this is no longer possible as the amount of value added tax for each individual purchaser will be applied at the rate of their country of residence and will be collected by that local government.
Apple announced that sales during 2014 were fifty per cent higher than the previous year and had earned developers more than $10bn, Senior Vice President of internet, software and services at Apple, Eddy Cue, said “This year is off to a tremendous start after a record-breaking year for the App Store and our developer community,” he added “We’re so proud of the creativity and innovation developers bring to the apps they create for iOS users.” Apps for RED, which Apple started in November to support the RED campaign – which was founded by Bono to raise money for the fight against AIDS, is reported to have helped raise more than $20m.
The minimum prices in the App Store for those outside the US are now £0.79 ($1.19) in the UK, €0.99 (1.17) in the European Union and $1.19 ($0.99) in Canada.