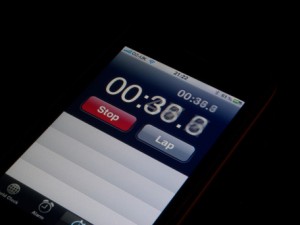 A long held suspicion of conspiracy theorists, that Apple pushes iPhone users into buying newly released models by deliberately slowing their old models down, appears to have been supported by a new study at Harvard University.

Professor of economics at Harvard University, Sendhill Mullainathan, has written a piece for the New York Times about the recent study in which he said he found the results to be “striking”. Professor Mullainathan went on to write ‘Wouldn’t many business owners love to make their old product less useful whenever they released a newer one?’ adding ‘When you sell the device and control the operating system, that’s an option’. So does this prove that Apple engages in planned obsolescence? Professor Mullainathan has said that although suggestive, the data alone is not enough to allow a user to determine conclusively whether a phone is any slower and that the research does not prove that Apple is guilty of wrong doing “The important distinction is of intent. In the benign explanation, a slowdown of old phones is not a specific goal, but merely a side effect of optimizing the operating system for newer hardware. Data on search frequency would not allow us to infer intent. No matter how suggestive, this data alone doesn’t allow you to determine conclusively whether my phone is actually slower and, if so, why,” adding “We are left with at least two different interpretations of the sudden spike in ‘iPhone slow’ queries, one conspiratorial and one benign. It is tempting to say, ‘See, this is why big data is useless.’ But that is too trite. Correlations are what motivate us to look further. If all that big data does — and it surely does more — is to point out interesting correlations whose fundamental reasons we unpack in other ways, that already has immense value”.

So no direct conclusions were drawn from the research carried out at Harvard University, Apple has not made any comment so far but it will be interesting to hear what they have to say on the subject.
Special thanks Craig Chew-Moulding for providing the image.