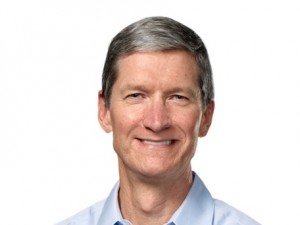 Following the ongoing drama in court over the antitrust class action filed against a group of major Silicon Valley companies, including Apple and Google, in which United States District Judge, Lucy Koh, rejected a settlement offer as “insufficient”, Apple shareholders have now filed their own complaint against Apple senior directors, accusing them of “breach of fiduciary duty, gross mismanagement, corporate waste, and breach of the duty of honest services.”

The world media has been avidly following the saga of how these major tech companies allegedly came to an agreement to prevent any poaching of each other’s employees. The original class action lawsuit said that job mobility and wages had been limited as a result of this anti poaching agreement, now a derivative shareholder complaint has been filed by R. Andre Klein (an Apple shareholder) with the United States District Court in California on behalf of all Apple shareholders, seeking damages for financial losses due to the alleged illegal behaviour of the Apple senior directors.

This latest lawsuit is largely based on the previous class action lawsuit which is still ongoing after District Judge, Lucy Koh, rejected the $324 million settlement offer; the next hearing in that particular case is scheduled for 10 September 2014. The filing, in the UNITED STATES DISTRICT COURT, NORTHERN DISTRICT OF CALIFORNIA, SAN JOSE DIVISION, lists the case as:

VERIFIED SHAREHOLDER DERIVATIVE COMPLAINT FOR:
1. BREACH OF FIDUCIARY DUTY
2. GROSS MISMANAGEMENT
3. WASTE OF CORPORATE ASSETS; AND
4. BREACH OF THE DUTY OF HONEST SERVICES

Timothy Cook is the current Apple CEO, William Campbell is the former Chairman of Apple’s board, Fred Anderson is Apple’s former CFO and Mickey Drexler, Arthur Levinson, Robert Iger and Andrea Jung are all board members.
The defendants are accused of causing the company harm, both to its reputation and its finances, with their actions resulting in “years of lost opportunities to hire more qualified employees that were employed at other companies; costs incurred from defending and paying a settlement in the class action for violation of antitrust laws; costs incurred from defending and settling allegations by the Department of Justice; and loss of reputation.”

Another case that the world will watch with great interest